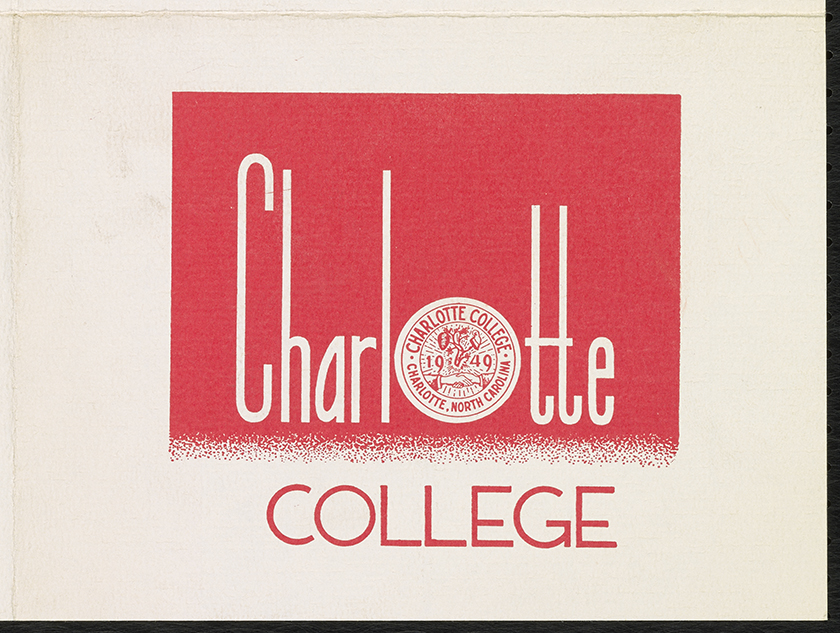 Charlotte Center of the University of North Carolina (CCUNC) was founded on September 23, 1946 as one of 14 evening colleges opened to serve veterans following World War II. In 1949, North Carolina closed the state centers, but Bonnie Cone and other local supporters fought to keep the institution from closing. It became Charlotte College that same year, and is the origin of our nickname the 49ers.

This sign was located outside of the Central High building, home to CCUNC and CC. The school seal briefly featured the year 1946 to mark the date of the institution’s founding. It was later changed to 1949 to reflect the creation of Charlotte College.

When CCUNC opened in 1946 it shared space with Central High School on Elizabeth Avenue and could only offer classes in the evening. For this reason, students aptly chose the Owls as the school’s first mascot. 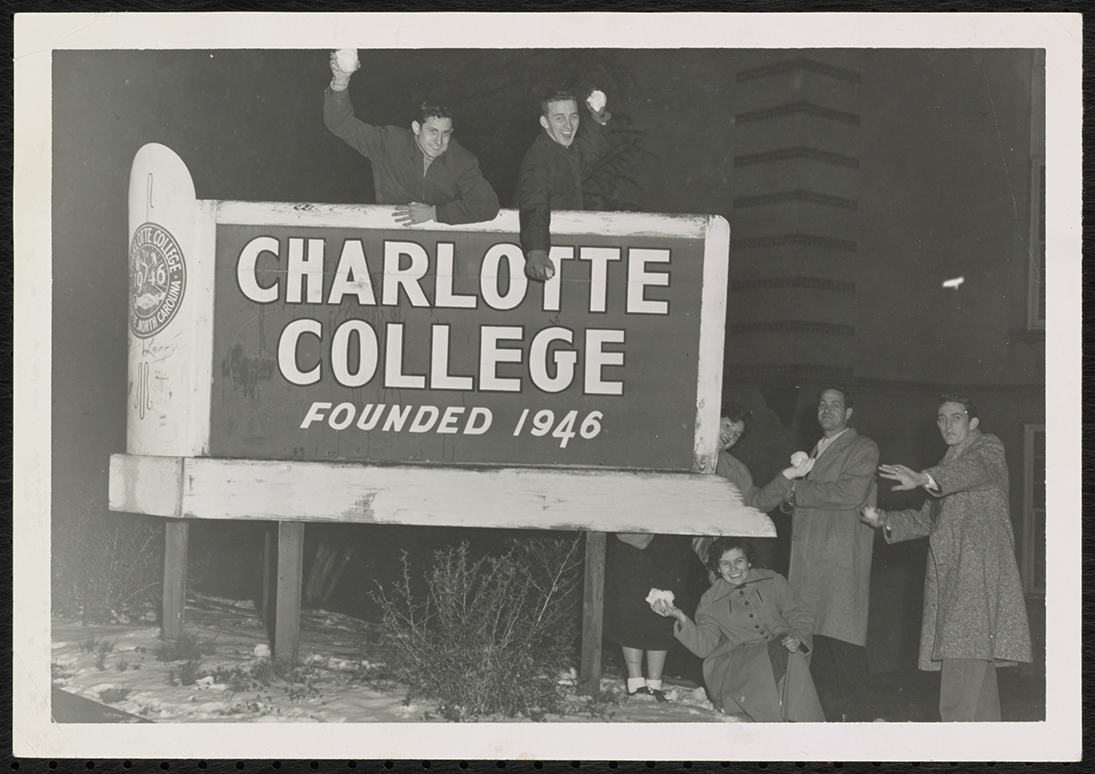 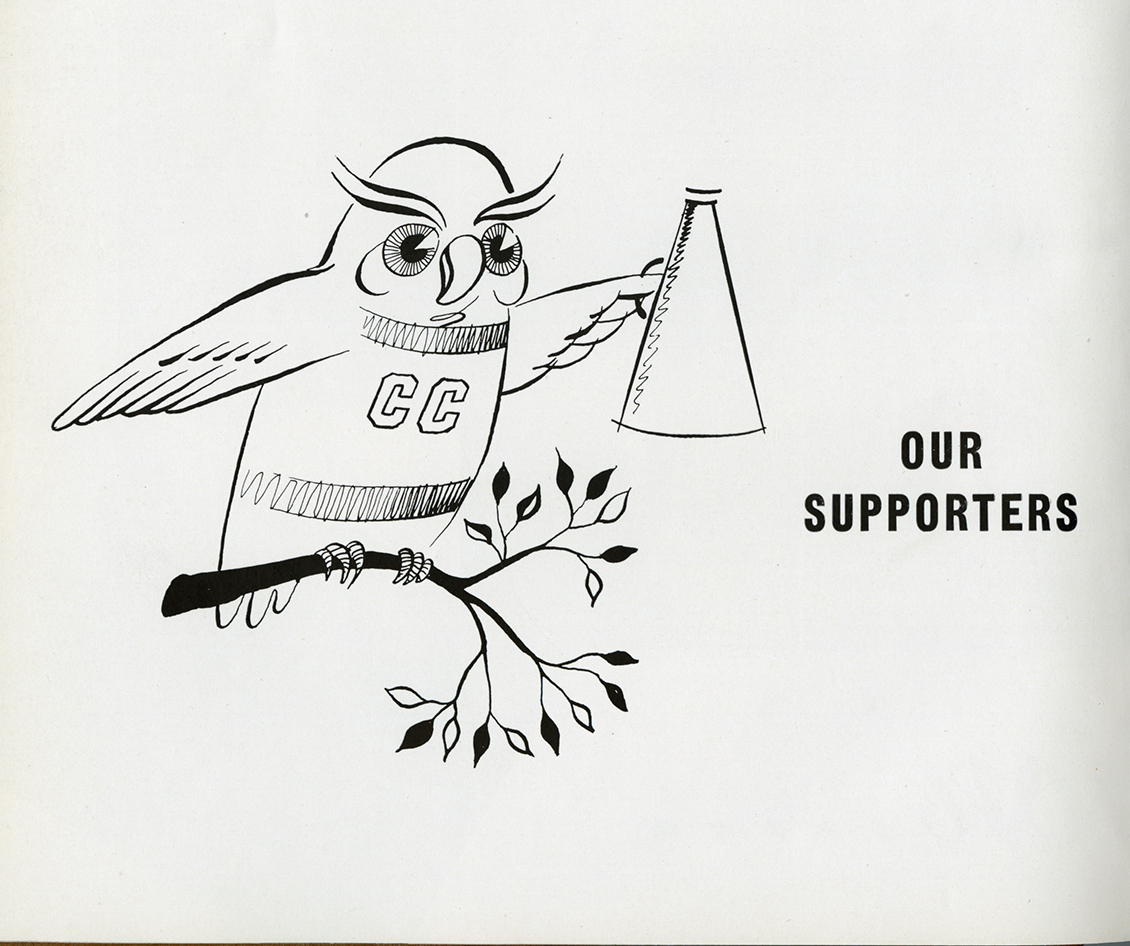 In the early 1960s the Charlotte College student council sold blazers featuring the school's crest. This one is displayed in the Harris Alumni Center. 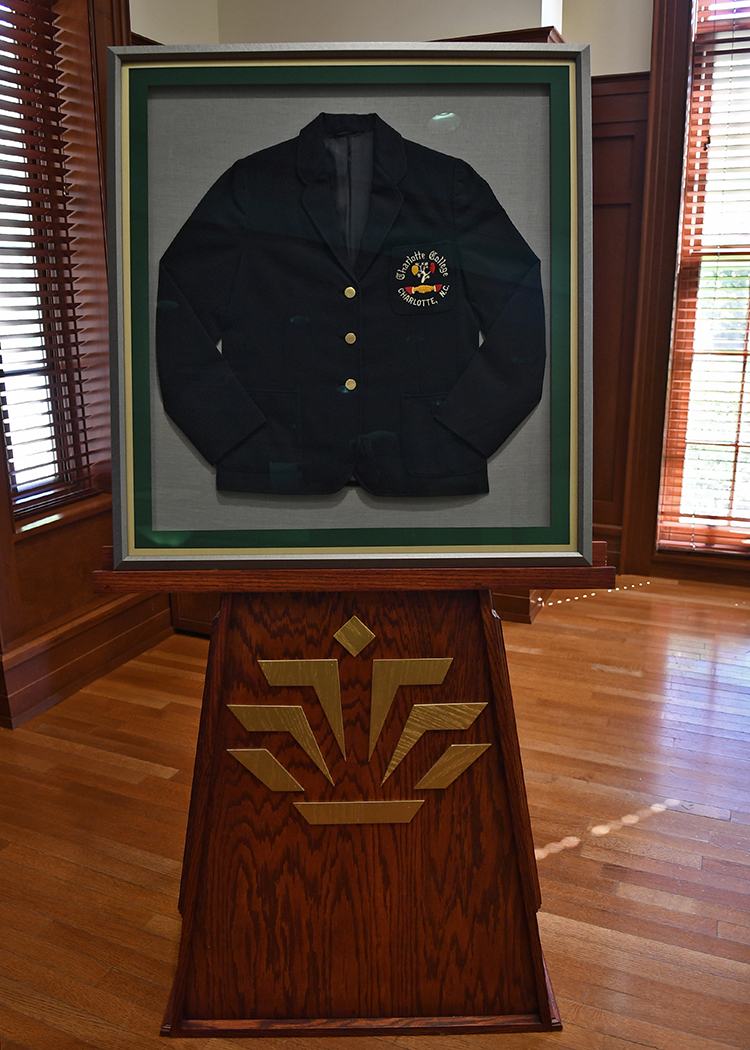 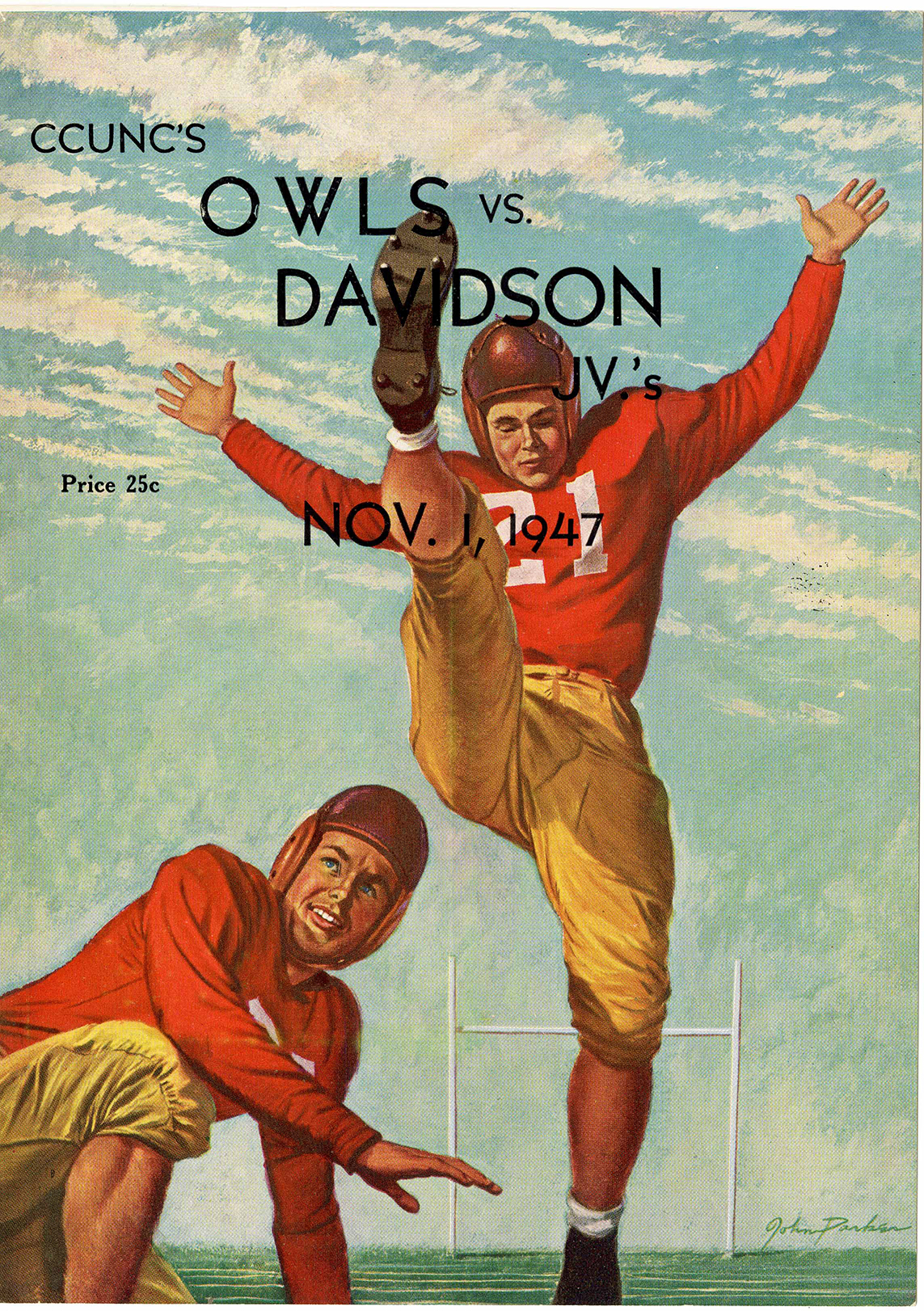 Image (above left): Charlotte College blazer, c. 1960s (photo by Wade Bruton) [sold to students in a sale sponsored by Student Council in 1961]