Voice of the Students 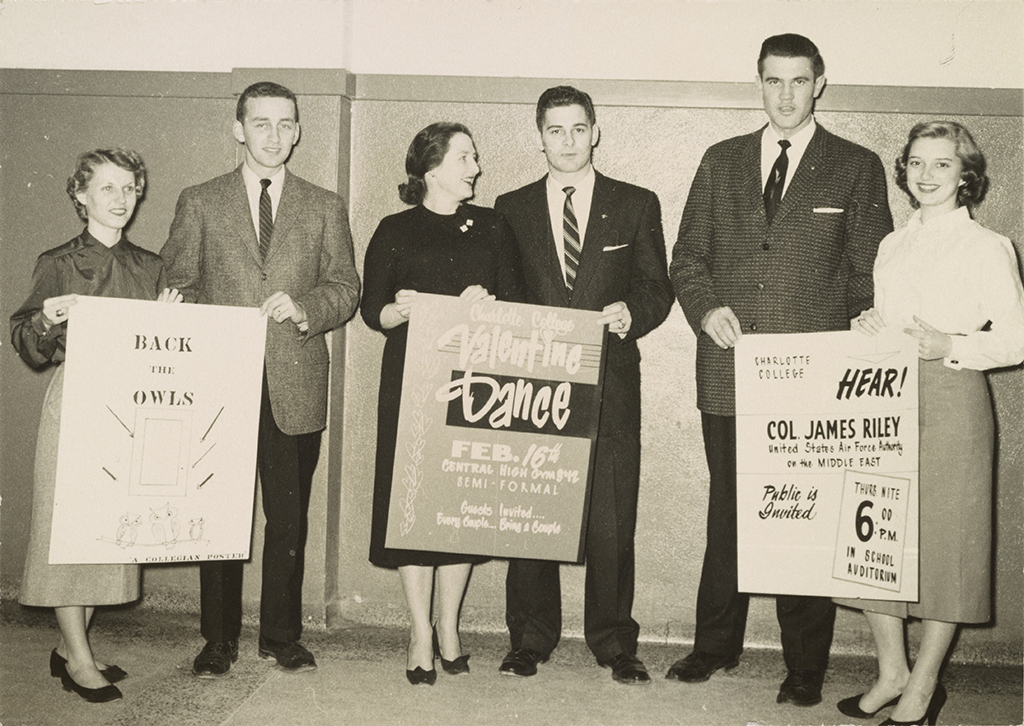 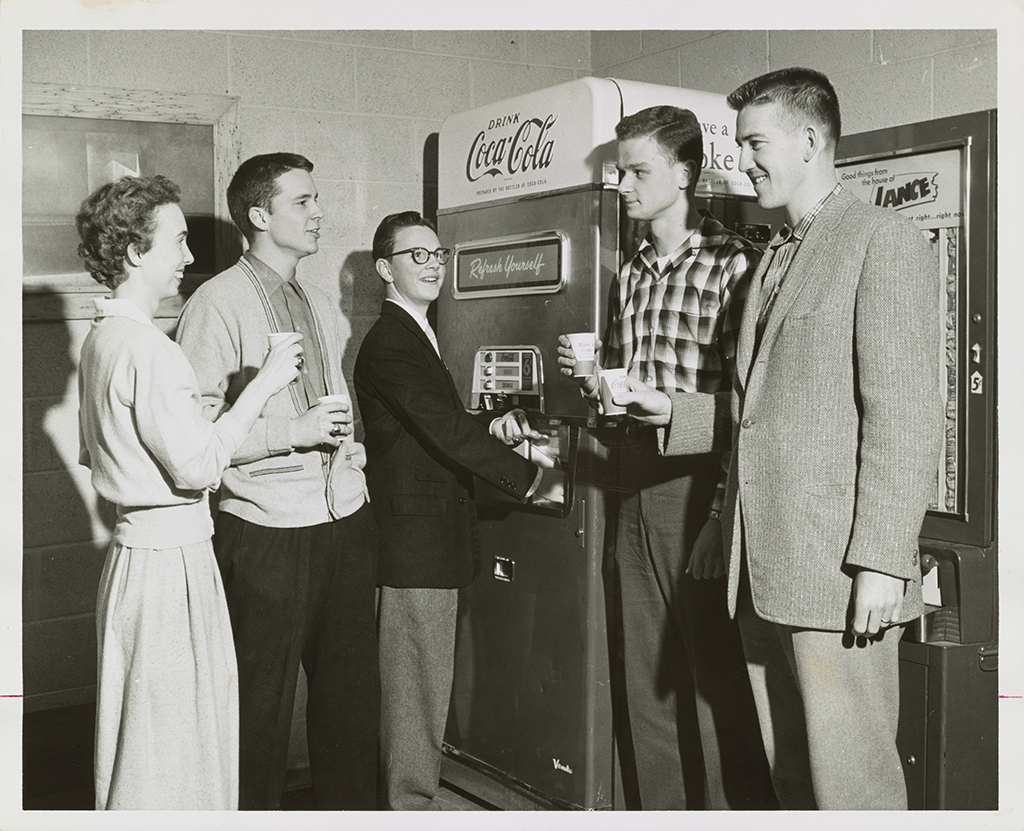 The Student Council is the voice of the students of Charlotte College. The purposes of the Council are to develop leadership and character among the students, to keep them informed of all school activities, and to administer the business of the Student Government Association. (The SiSi, 1962, p. 14) 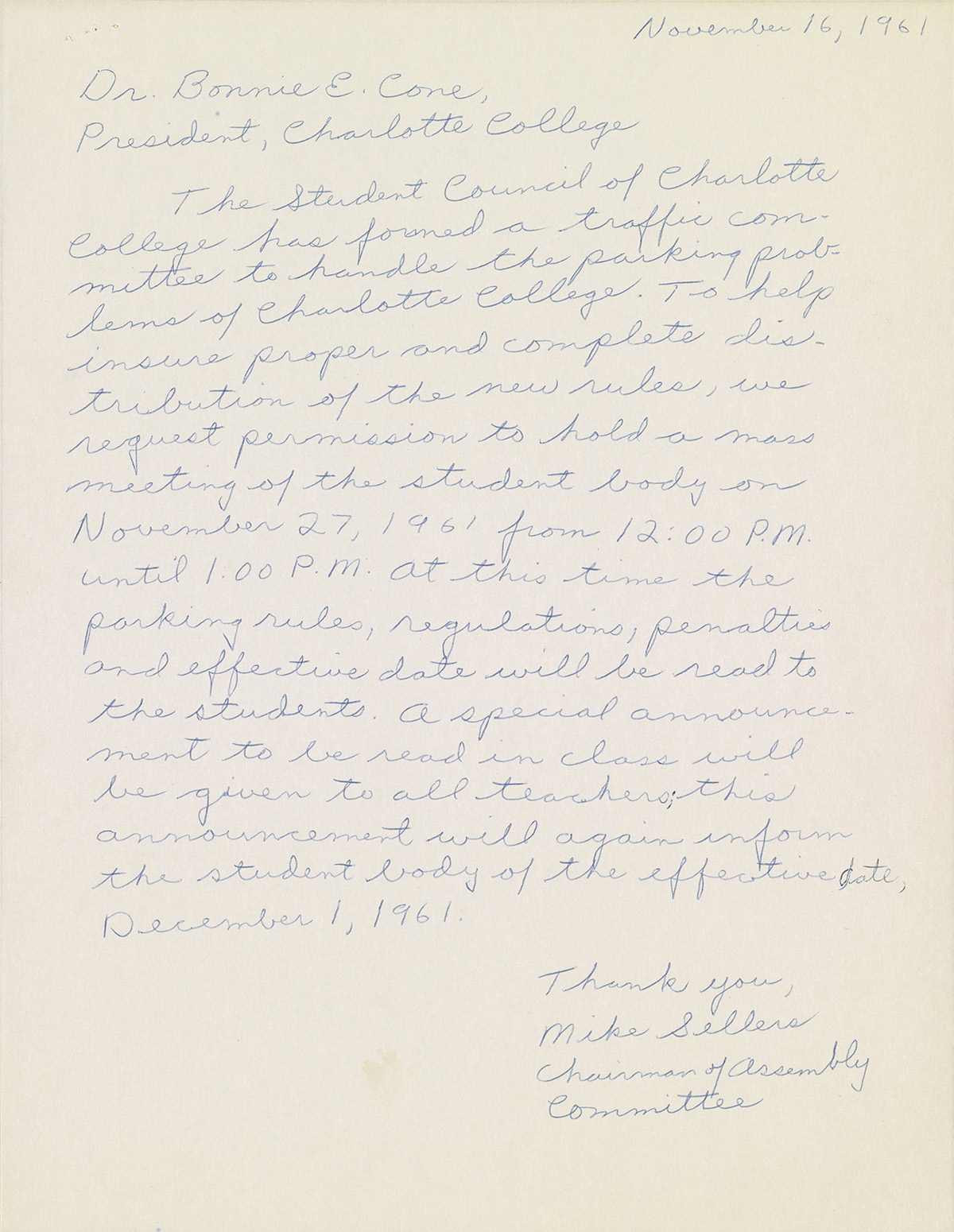 Among the concerns addressed by the 1962 student government was student drinking at college events. The handwritten letter (below), addressed to president of Charlotte College, Bonnie Cone, stated the Student Council's official stance on the issue. Following that is her response (UA0034, Box 24, Student Government 1960-1962 folder). 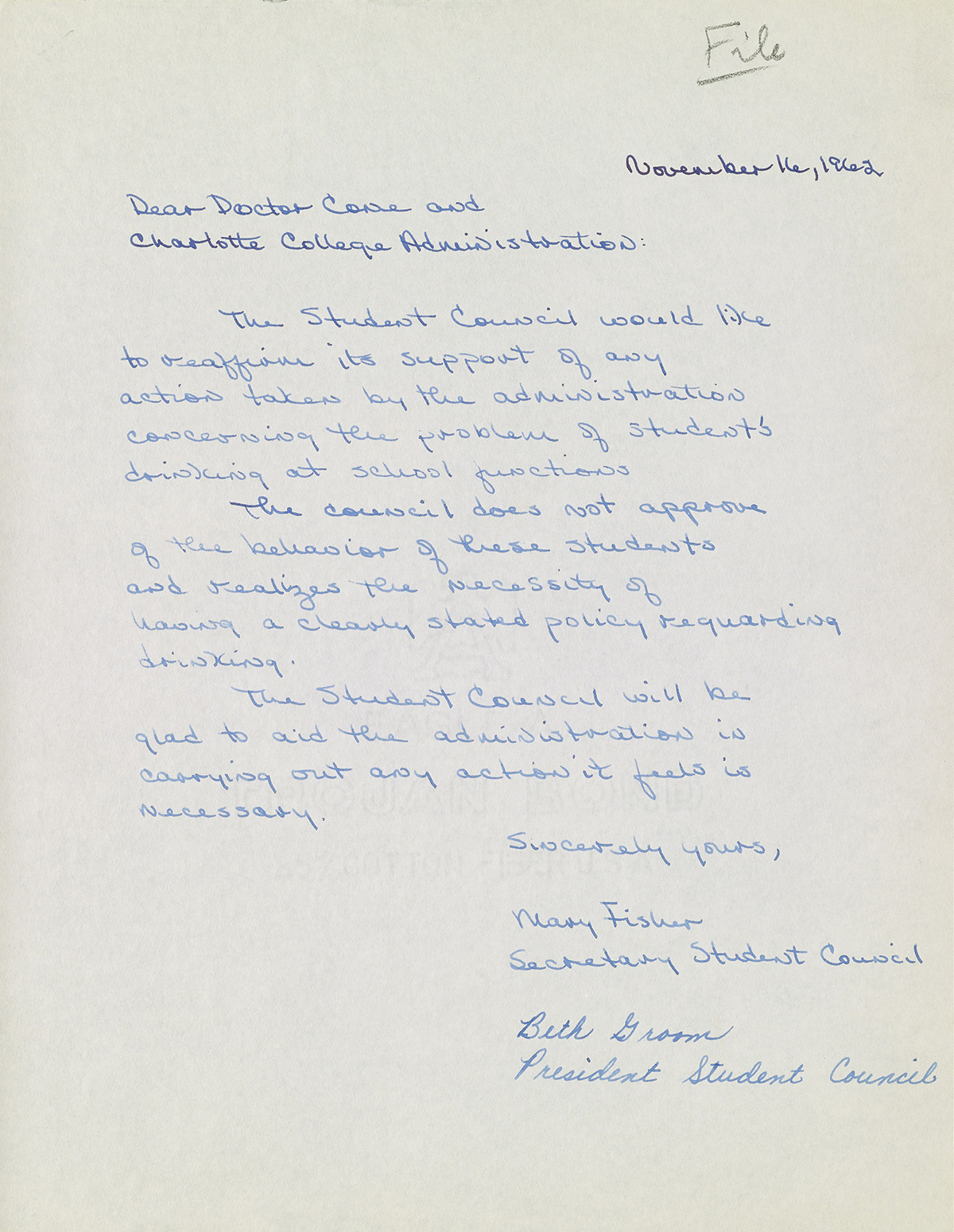 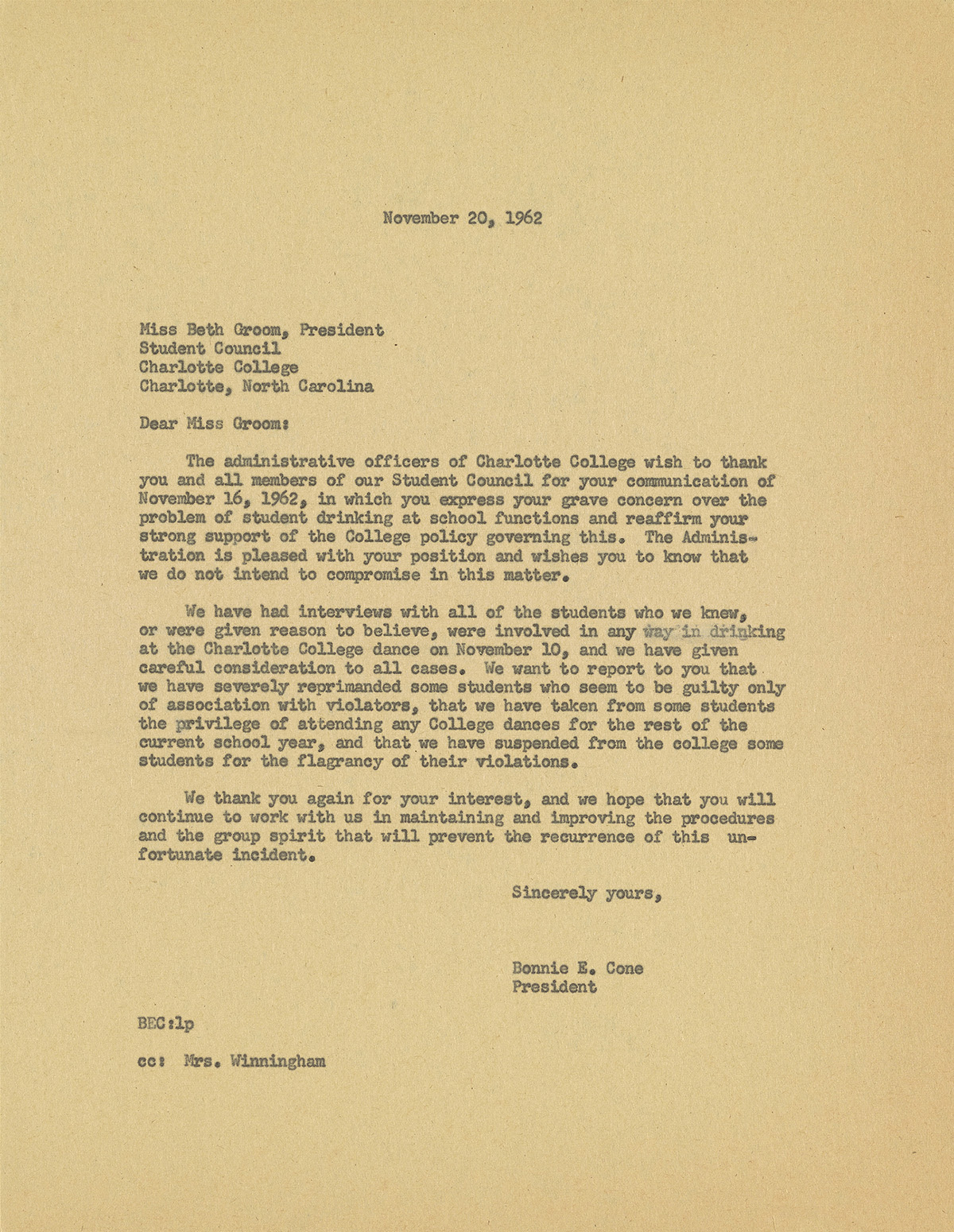 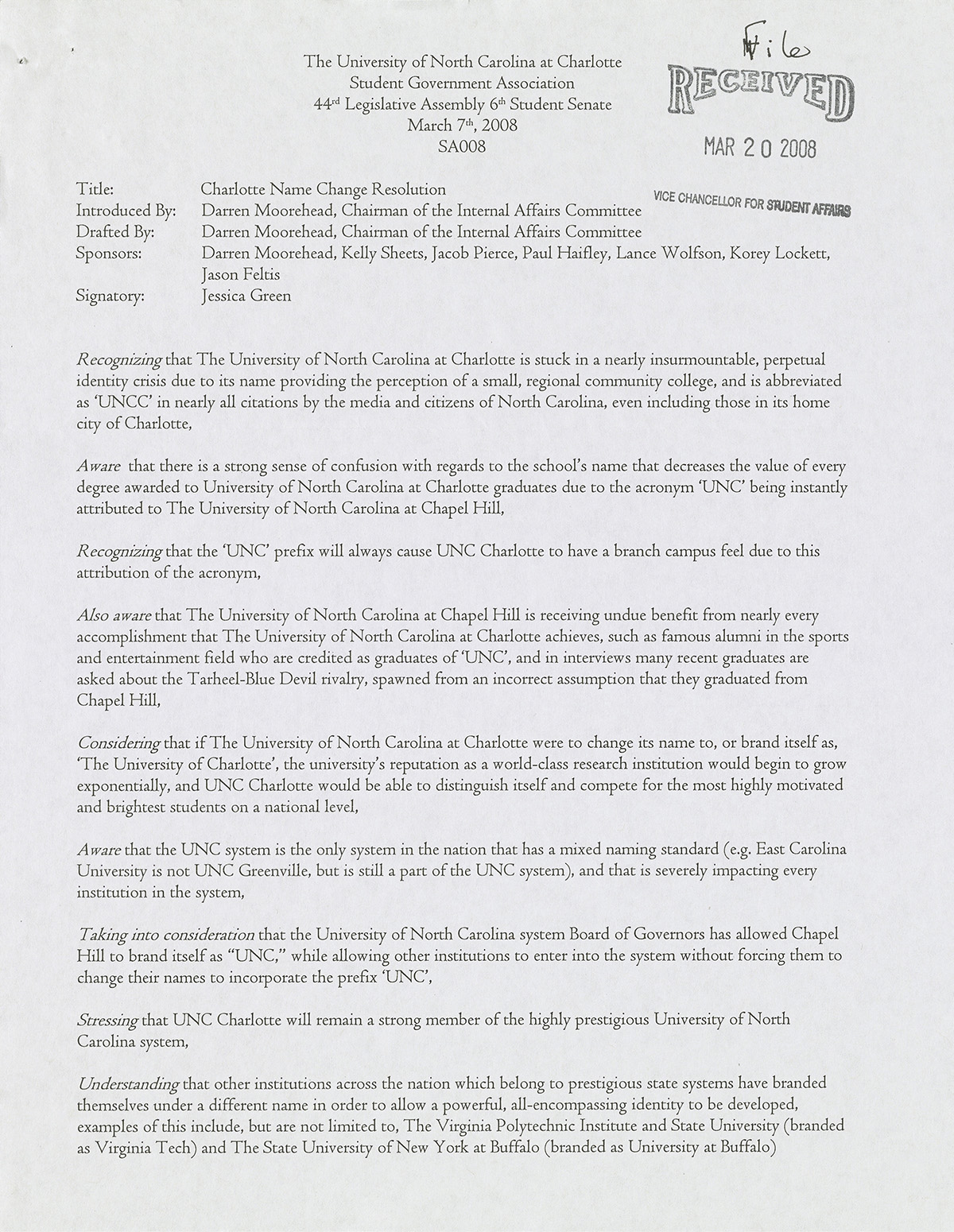 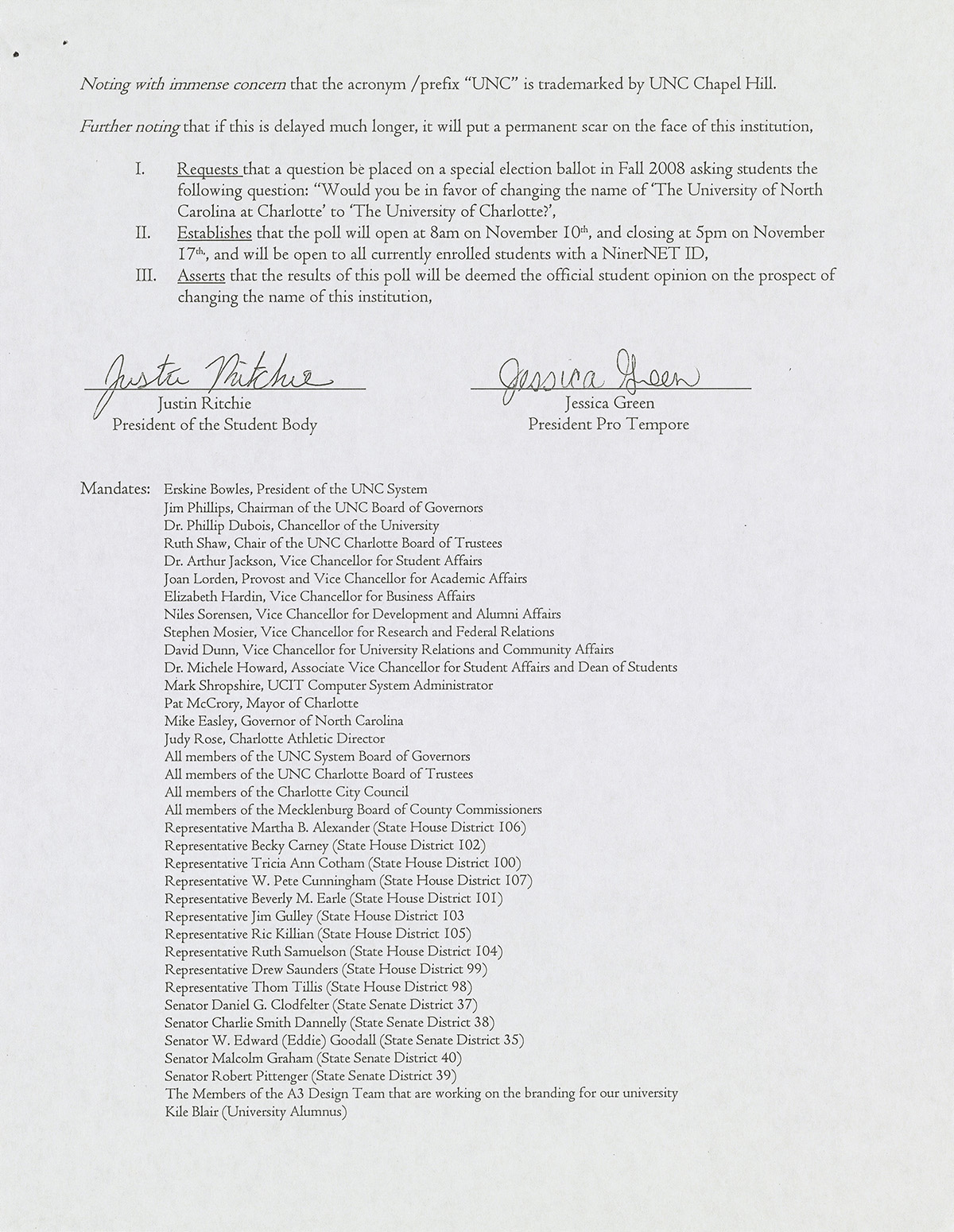 Over the years, SGA has been involved in pushing for major changes to campus life, many of which are only realized later.

Under the presidency of Justin Ritchie, SGA conducted a 2007 study on student opinion for bringing football to UNC Charlotte and, in 2008, petitioned Chancellor Dubois to reserve a specific piece of land for a recreational facility.

The first 49er football season kicked off in 2013.

In 2018 construction began on the University Recreation Center at the corner of Craver and Cameron. Click here to view a time lapse video of the project. 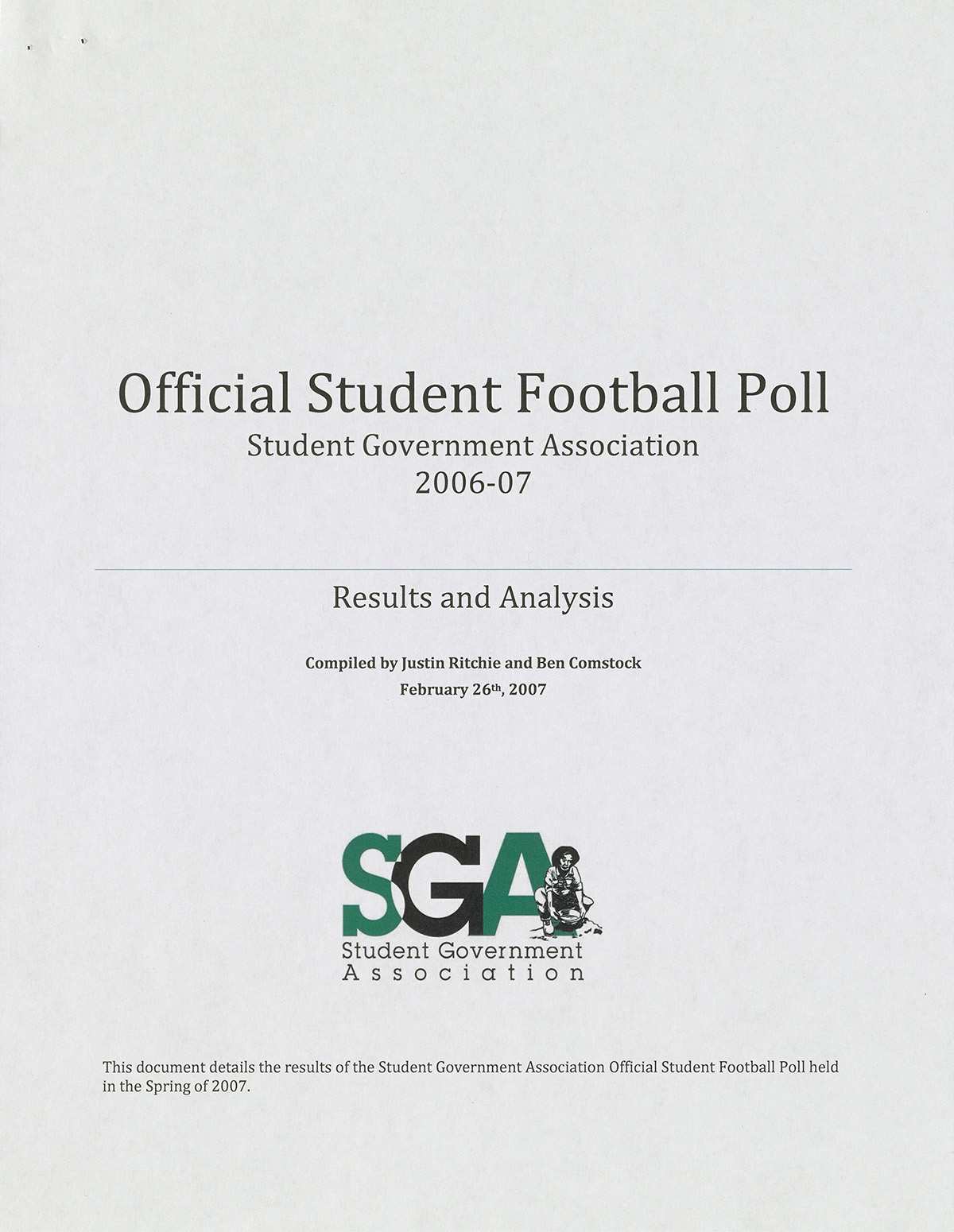 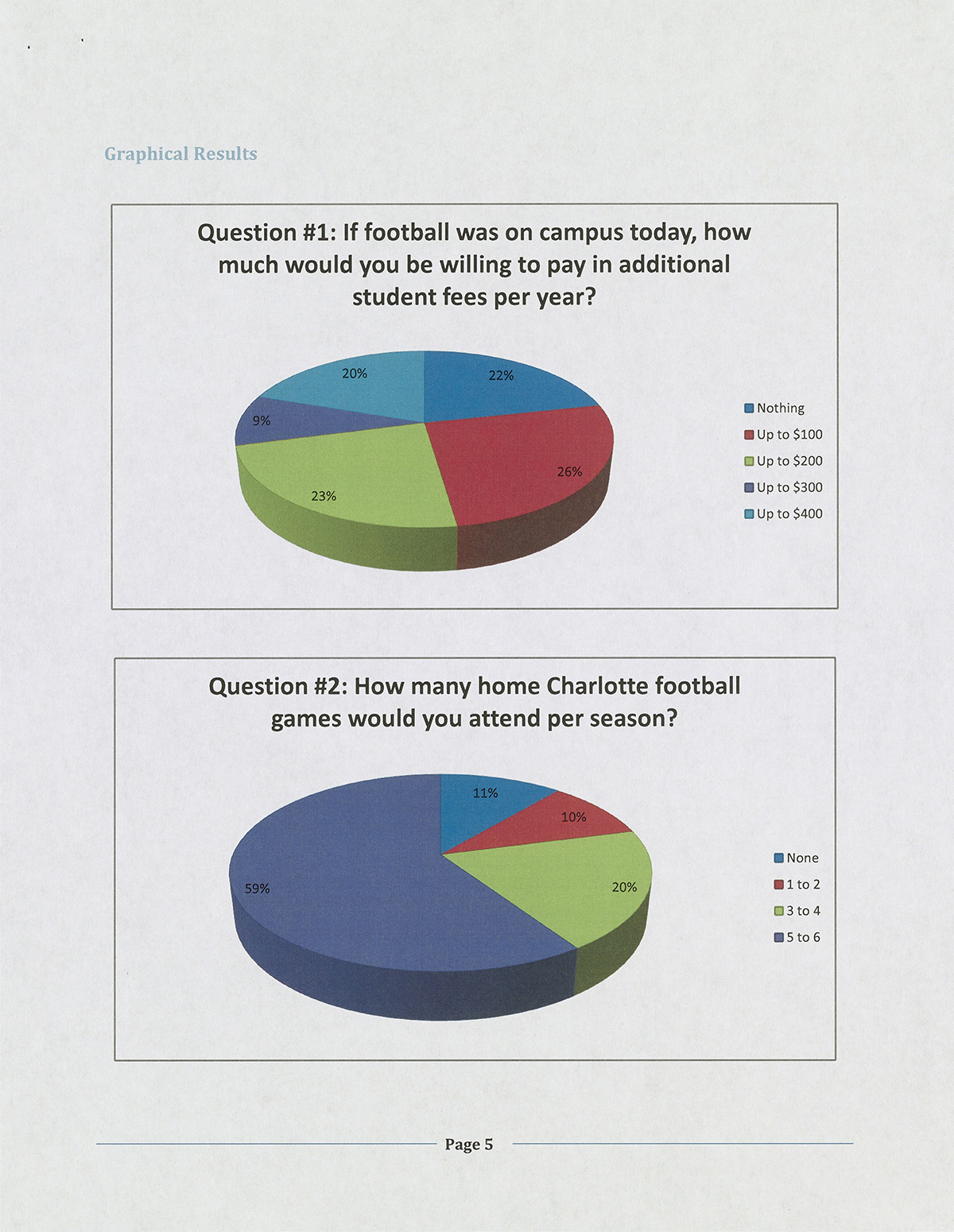 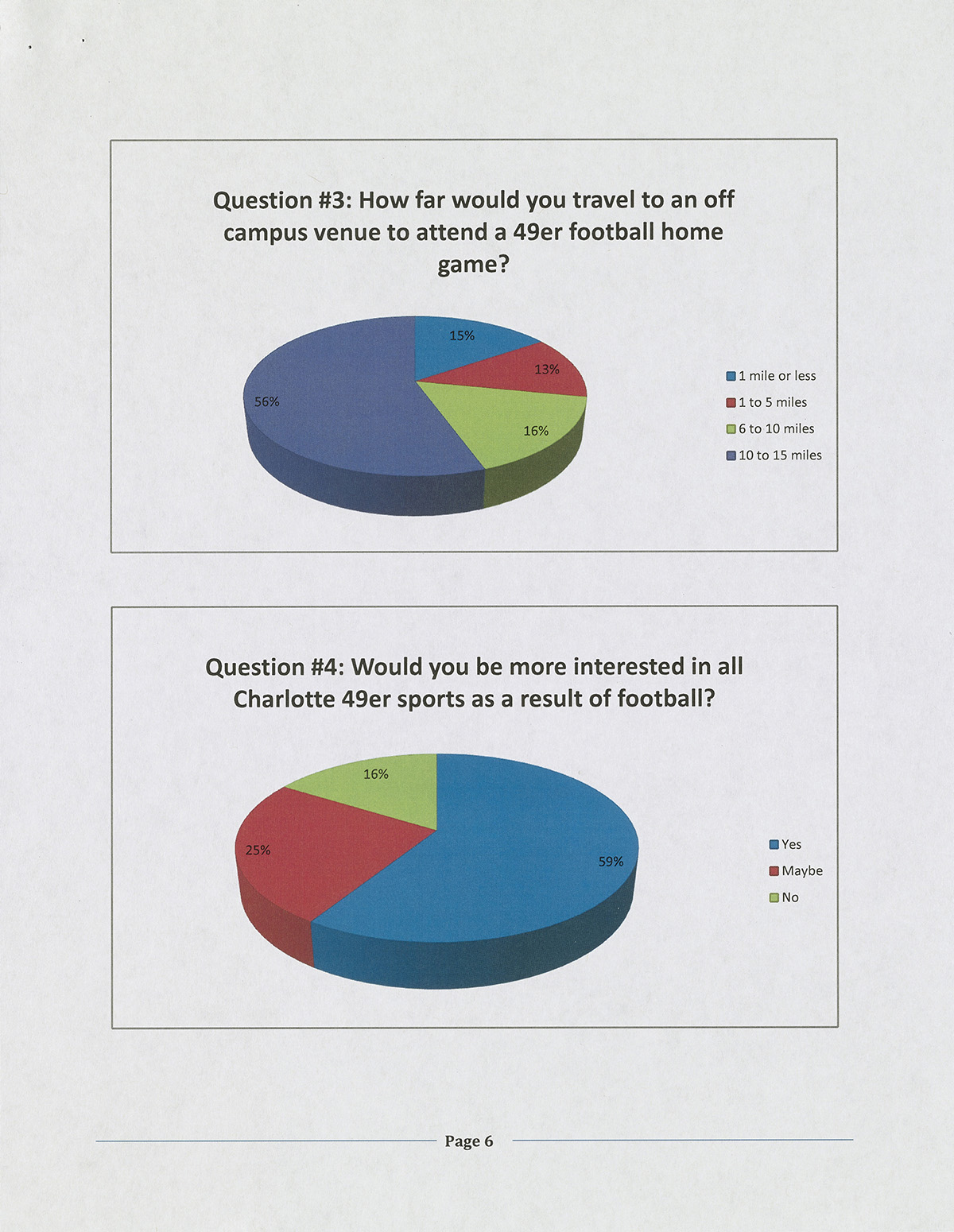 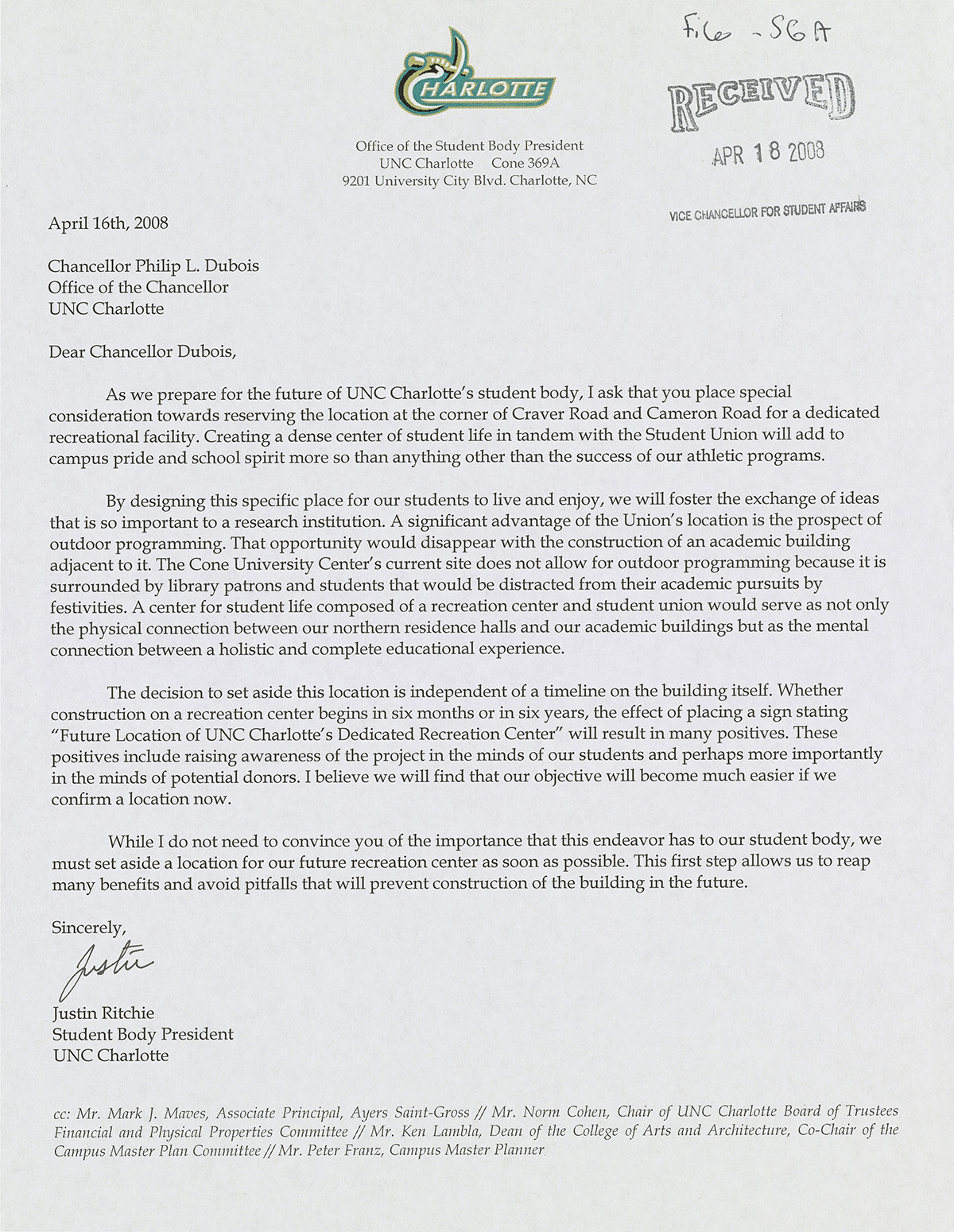