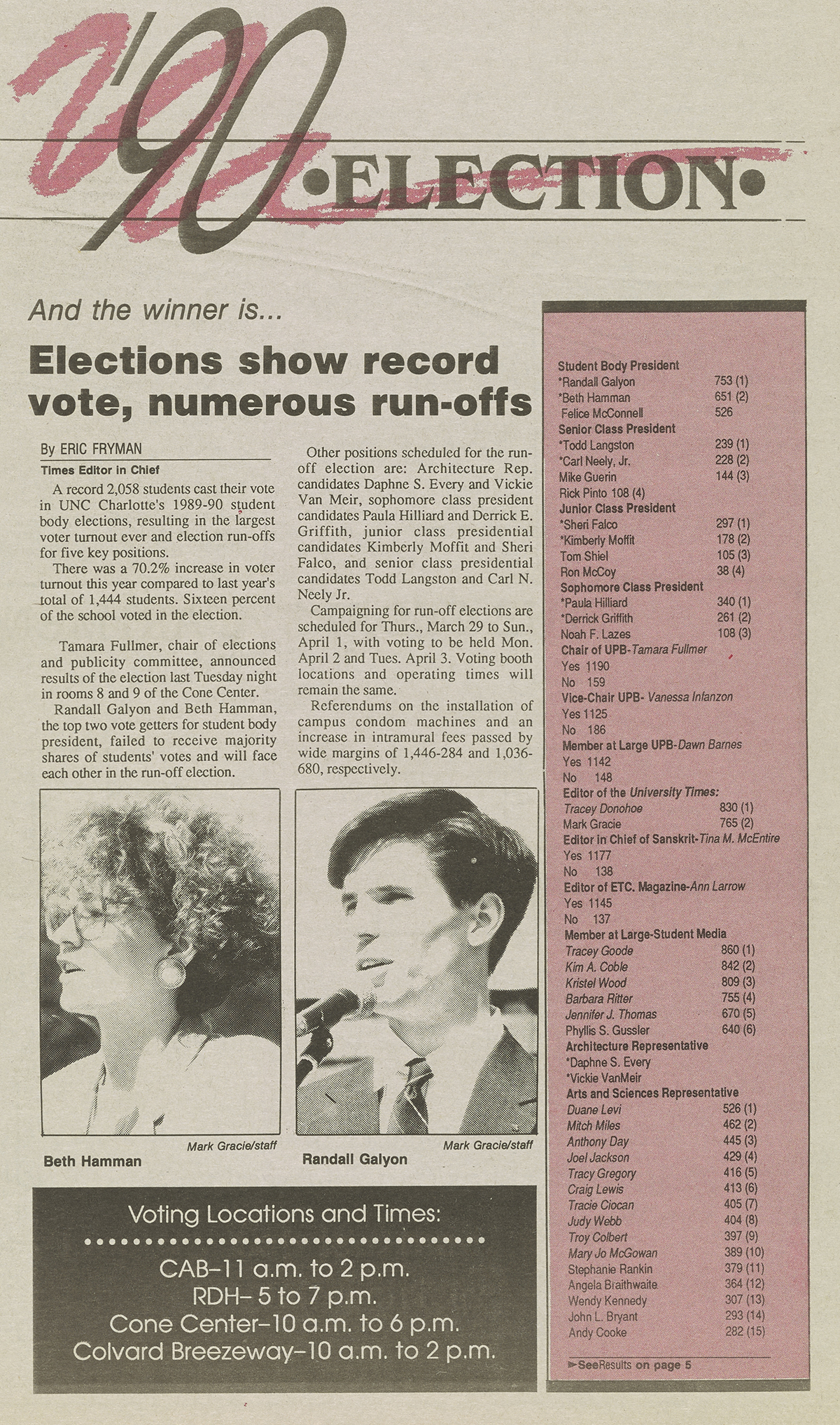 Our national elections aren’t the only ones that tend toward the dramatic. The 1990s at UNC Charlotte saw everything from voter fraud to sabotage.

With a never-before-seen 16% voter turnout in 1990, top candidates Beth Hamman and Randall Gaylon were left to face each other in a run-off, but the results were further delayed by the discovery of dishonest voting. After a recount, Beth Hamman was announced as the next Student Body President.

Six years later, controversy rose again when Terry Eaton’s and his running mate Heather Yale’s campaign signs were vandalized. This time, the story made the local news, appearing in The Charlotte Observer. Eaton and Yale went on to win the election and serve for the 1996-1997 school year. 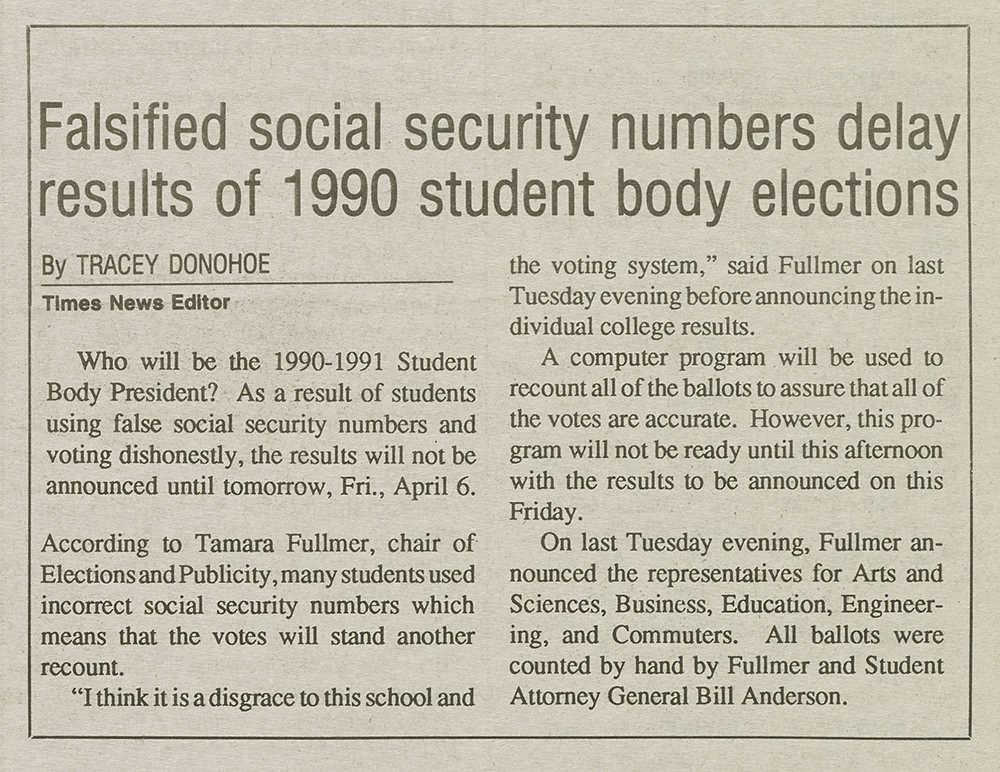 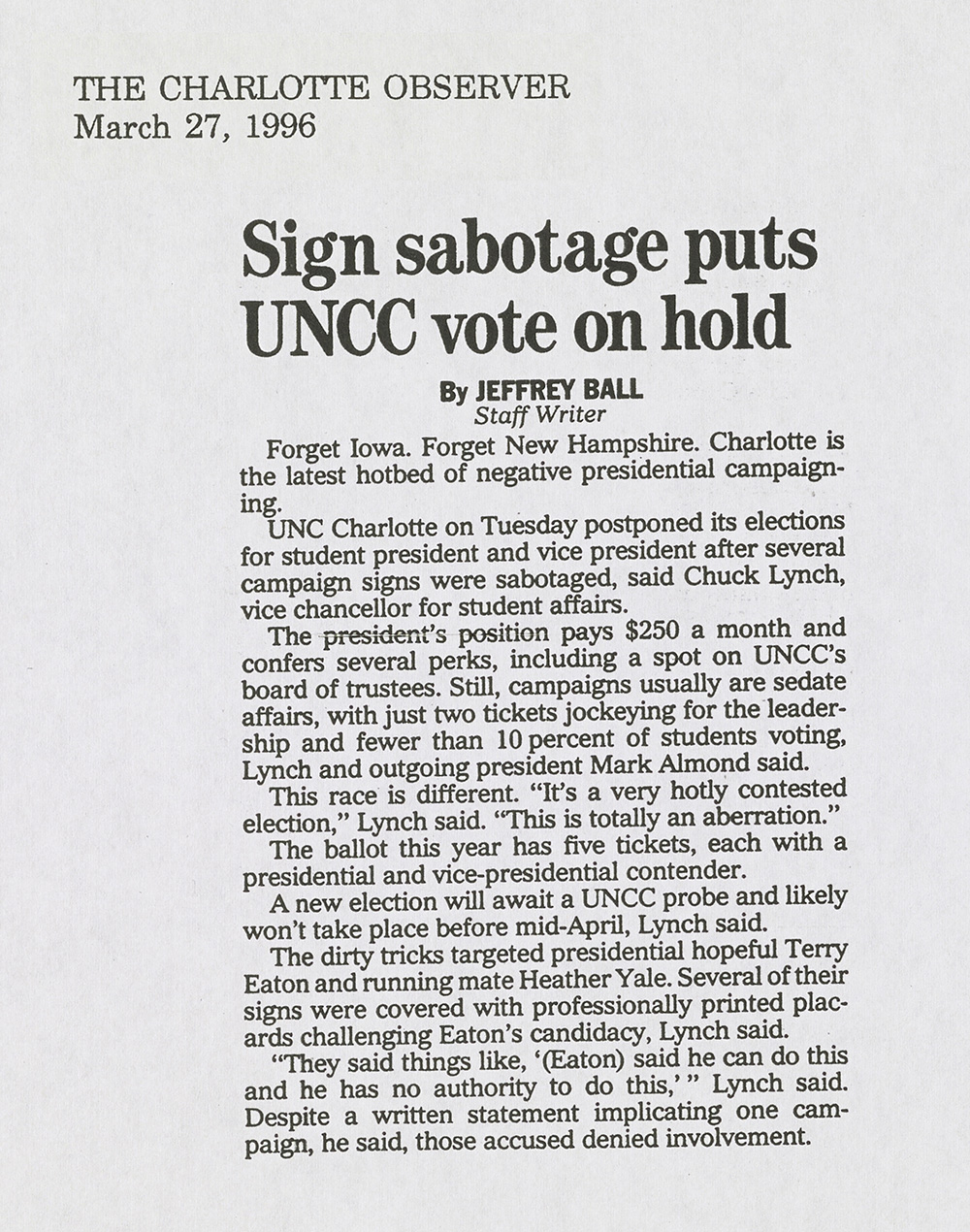