In the United States, most people are familiar with our two party system. But did you know that elections at Charlotte College were partisan as well?

In the 1950's, the college's three major parties were the Advanced Party, Progressive Party, and Independent Party, each of which won student council elections in a period of three years, as seen in the headlines above. 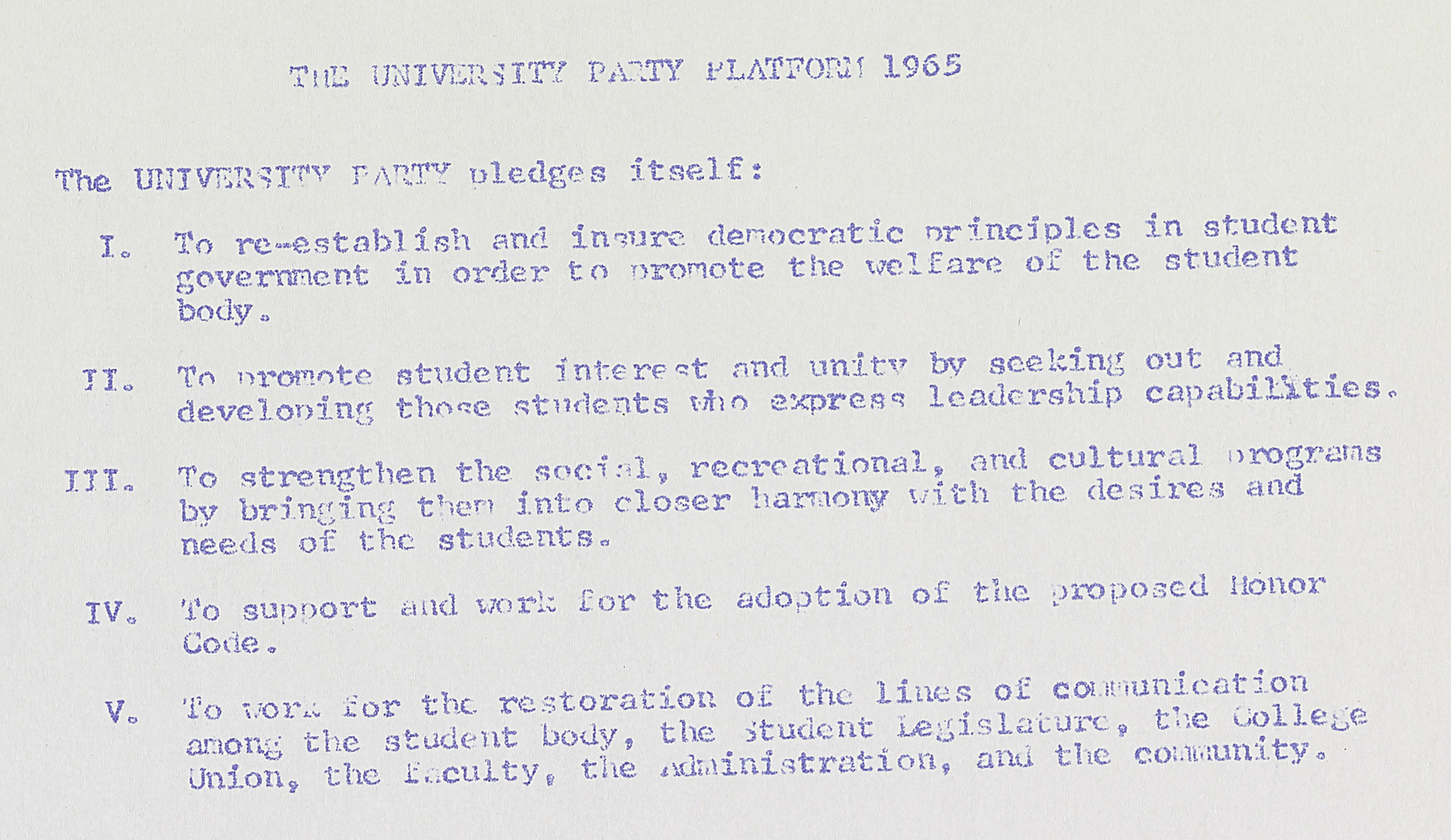