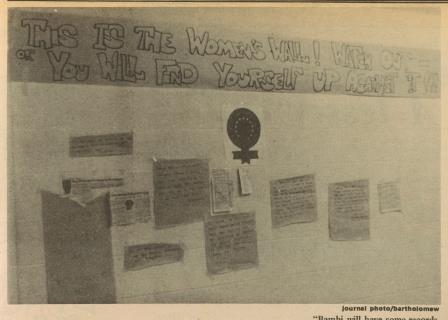 The Women's Lib wall was installed on campus in order to bring awareness to women's rights issues. During the 1970's, the student newspaper began publishing articles highlighting civil rights issues more regularly, including articles exploring issues of the Women's Liberation movement. Many of these articles were accompanied by the icon in the picture to the right. Carolina Journal 7, no. 7 (1971): 3. UA0014. 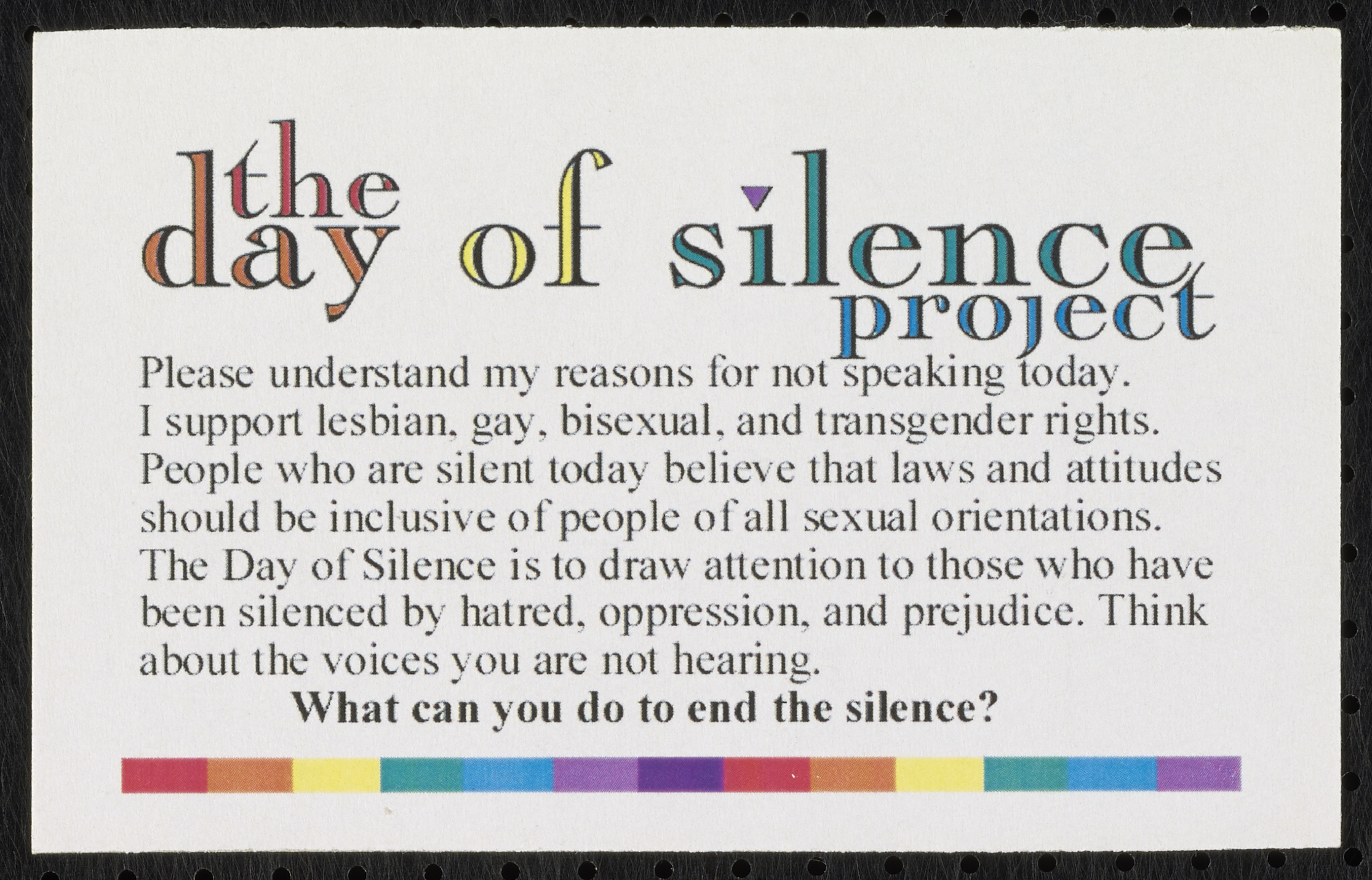 The Day of Silence project spread awareness about the effects of bullying of lesbian, gay, bisexual, and transgender (LGBT) students, circa 1996. UA0237