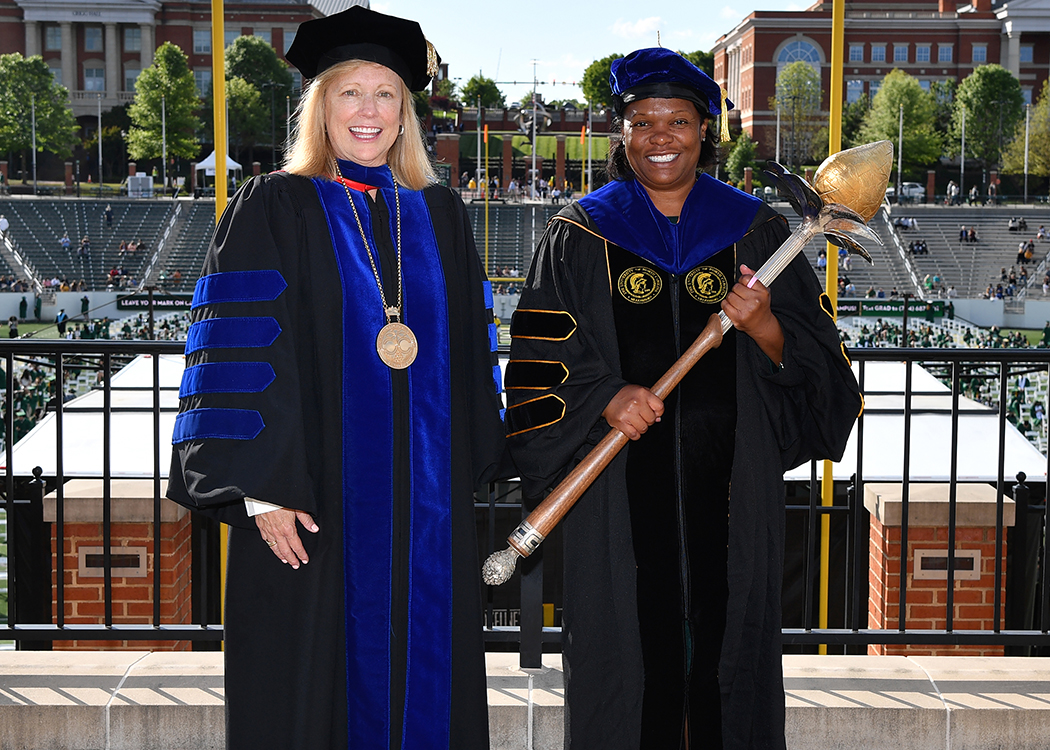 The UNC Charlotte mace includes symbols relating to the institution’s history and its setting in North Carolina and Mecklenburg County. The base is formed of a gold pine cone, and the UNCC logo rings the native walnut staff. The upper portion of this staff is formed of the Belk Tower in silver, and a large dogwood flower tops the tower portion. Crowning the mace is a gold plated hornet’s nest. The mace is carried by the university marshal at each commencement ceremony.

In the fall of 1965 a committee of students and faculty chose a new seal for UNC Charlotte. Bonnie Cone gave the final approval for the design in her role as acting chancellor. The seal is featured on a gold medallion that is worn as part of the Chancellor's formal regalia. The reverse side is engraved with the names of the former president and chancellors of the university.

A readable text of this article is available: New seal, school colors are chosen for UNC-C. 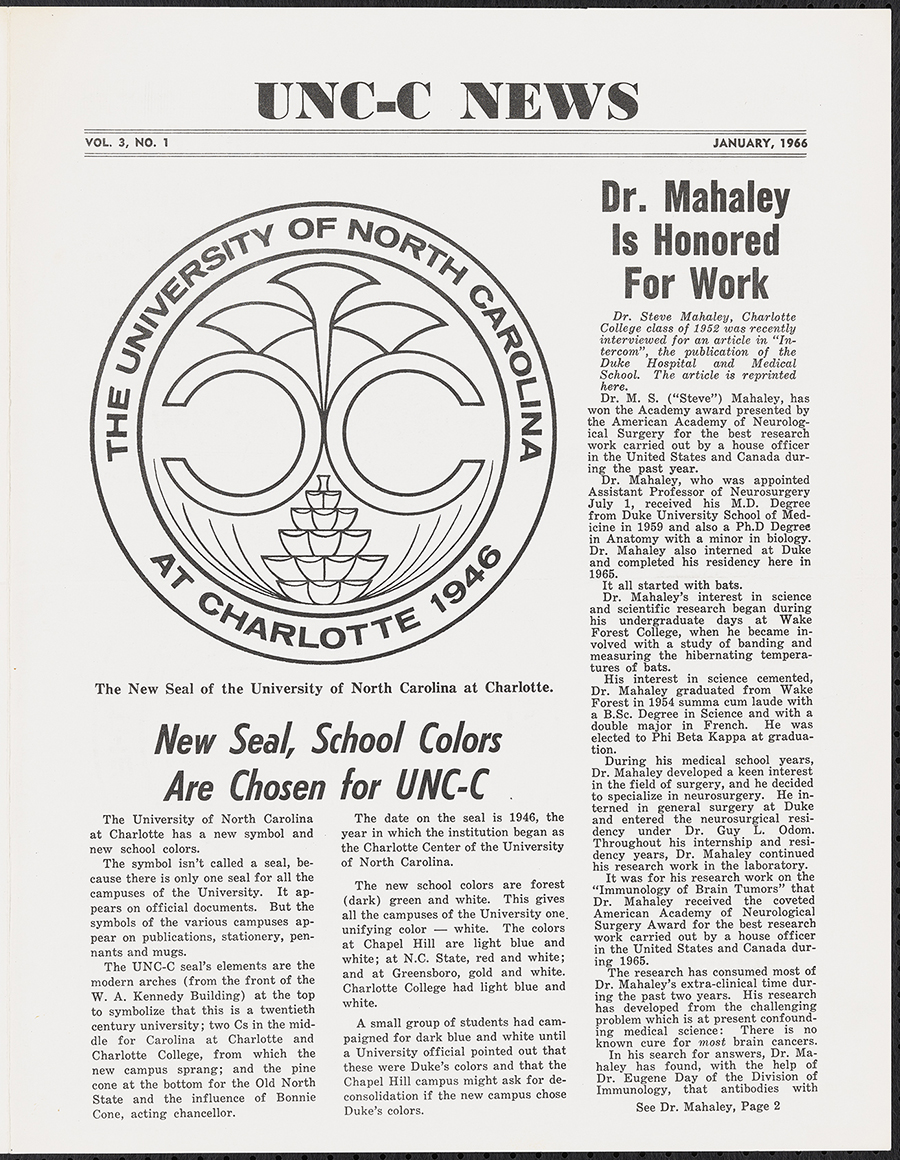 UNC Charlotte debuted an official class ring in September 2016. Rings are available to all qualifying students and are handed out in an official ring ceremony each year. Afterward, students head over to the Miner statue to dip their new ring in its flowing water.