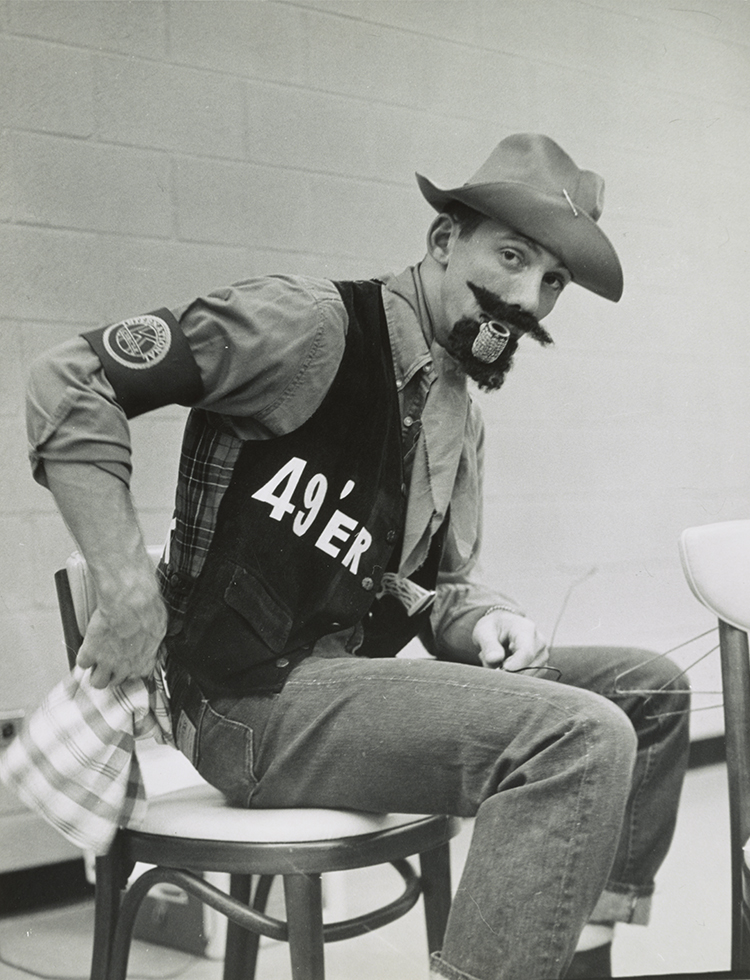 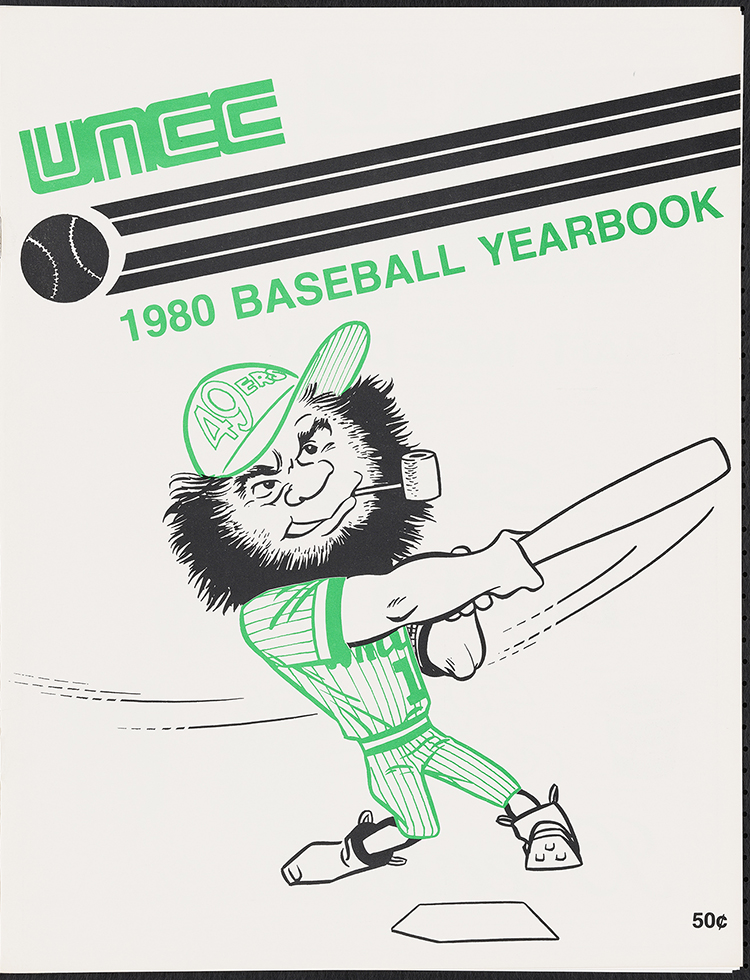 Image (above left): The 49er, from Charlotte College Photographs, UA0065

As Charlotte College shifted from offering only night classes to primarily daytime classes, the student body sought a new mascot to reflect the growing school’s new direction. The student newspaper solicited ideas for a new mascot and school colors, and in November 1961 the Forty-Niners was announced as the winning suggestion. It was a nod to 1949, the year Charlotte College was founded. In a 1967 student referendum, it was nearly changed, but the Forty-Niners beat out the Chargers and the Cougars to remain the official school mascot.

The original miner illustration (seen on these basketball uniforms) was created in 1962 by artist Jack Pentes. He lent his talents to the school again in 1969, when he designed the UNCC striped logo. 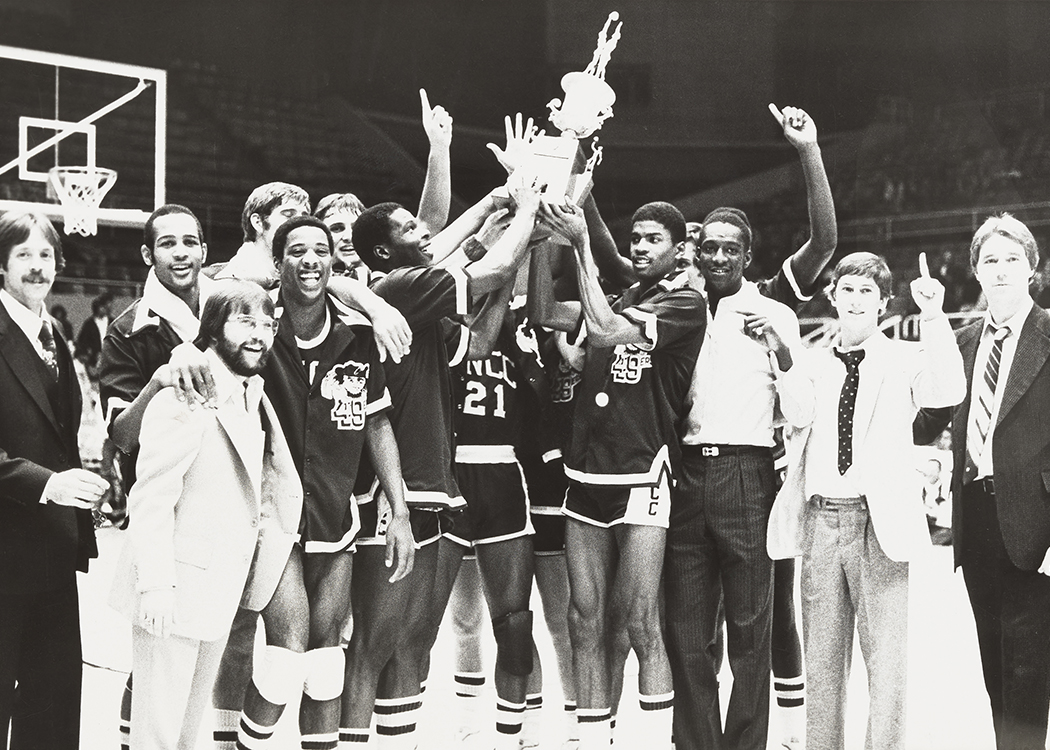 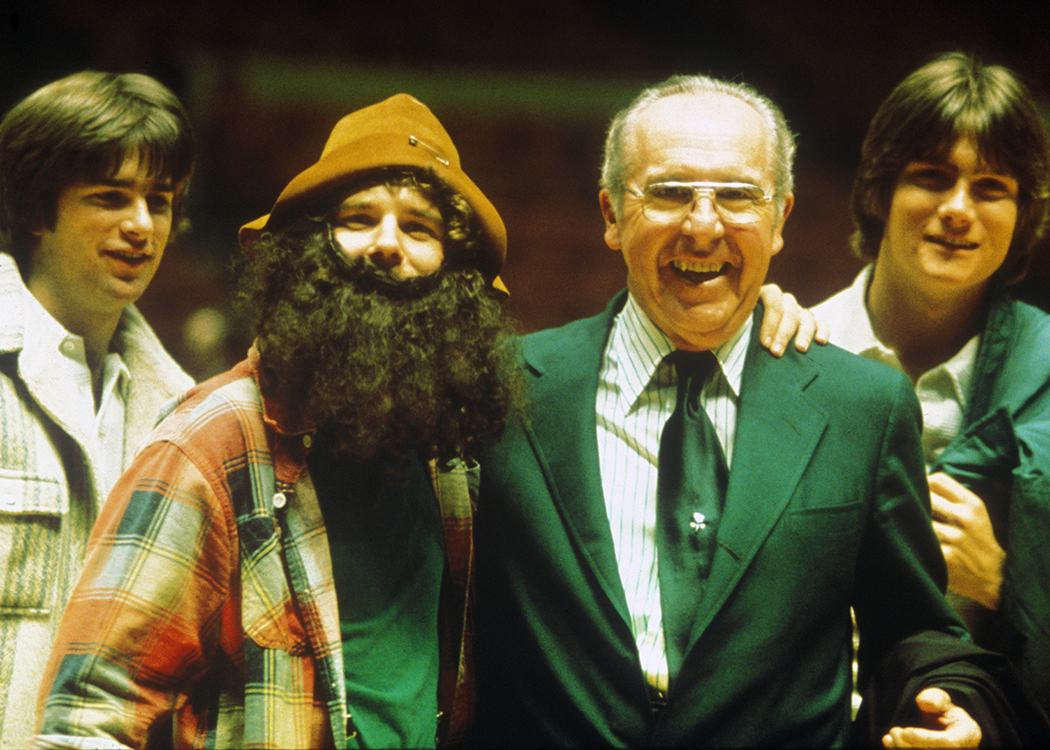 In 1992 Geoff “Spike” Smith led a contest to name the miner statue that is now located in the plaza between the College of Health & Human Services and the College of Education. Previously known simply as the Forty-Niner Miner, he would from then on be affectionately known as Norm. 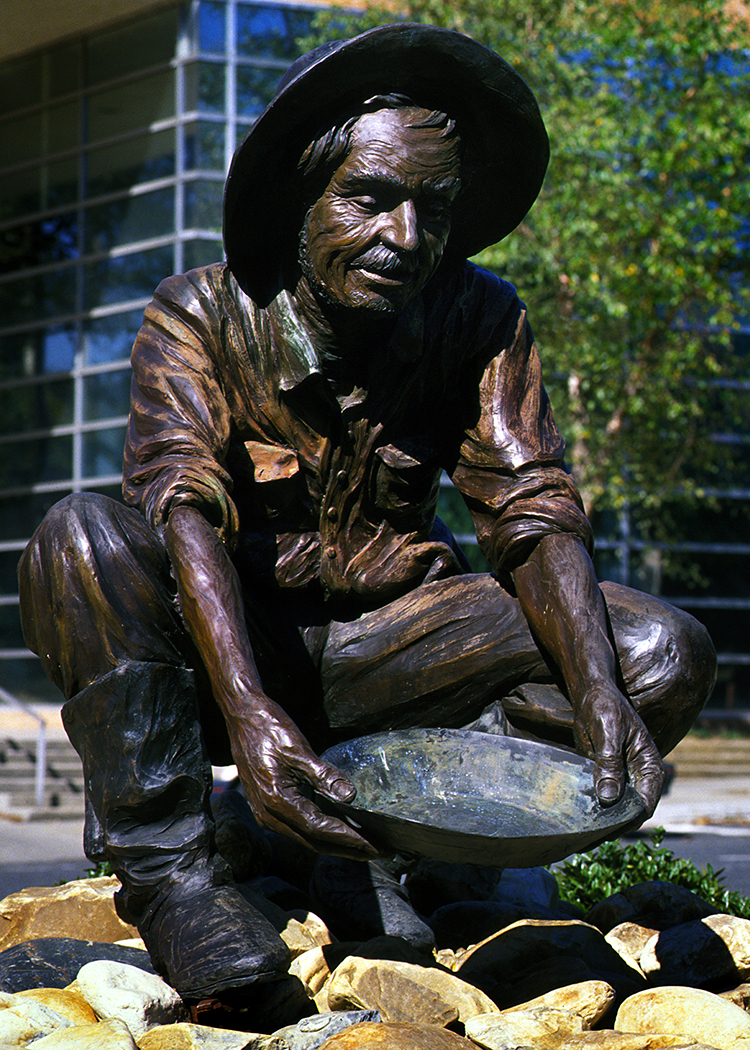 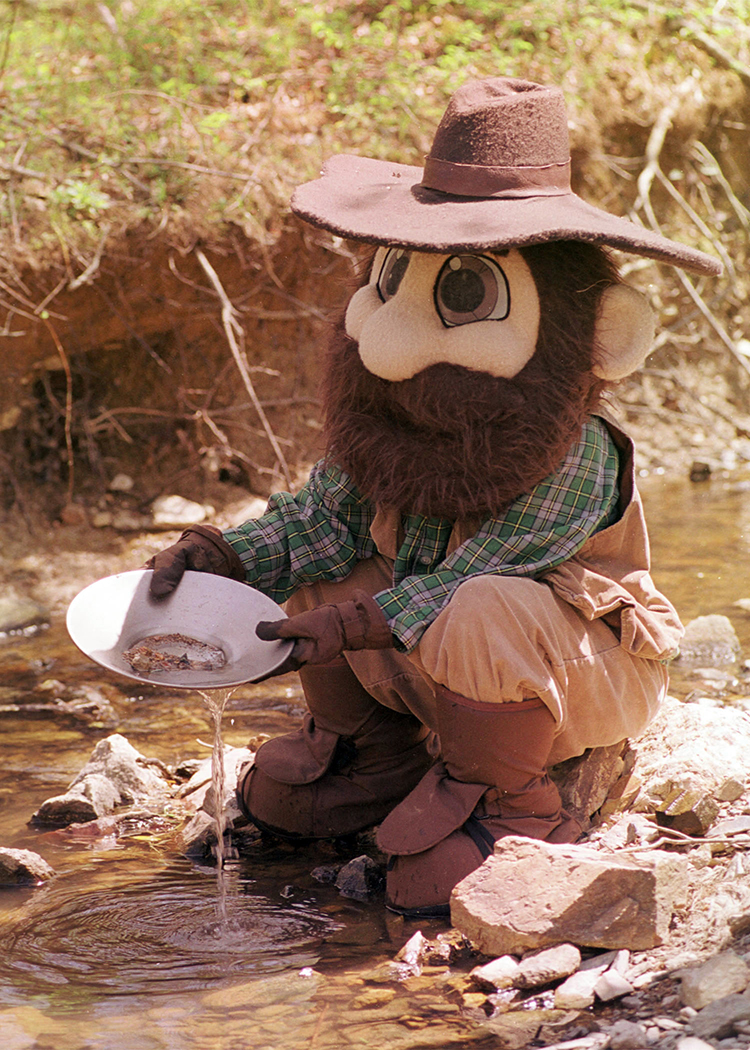