This guide is a supplement to the Atkins Exhibit Telling A People's Story, celebrating African-American Children’s Illustrated Literature. The exhibit will be on display September 14-November 9 2020.

Telling A People’s Story is the first major museum exhibition devoted to the art found within the pages of African-American children’s picture books. The exhibition emphasizes the strength of the illustrations as visual narrative representations of the African-American experience.

While aspects of social justice are found throughout the three main galleries, the exhibition goes beyond providing a look into the struggles of African Americans. This project celebrates the complex and diverse African-American experience through a lens intended for children and young readers. The exhibition offers something for all viewers through the representation of familiar and lesser-known people and the contributions of African Americans to an American identity.

More than 600 books, and over 14,000 illustrations were reviewed during the development of this exhibition in search of a strong representation of events and milestones in African-American history. Themes and time periods include African Origins, Middle Passage, Slavery, Emancipation, Reconstruction, Harlem Renaissance, Segregation, and the Civil Rights Movement. Other themes draw attention to historical figures in politics, music, sports, arts, and entertainment. The selection of approximately 130 works on display includes paintings, pastels, drawings and mixed media works. Featured are more than 30 artists, spanning nearly 50 years of creativity. 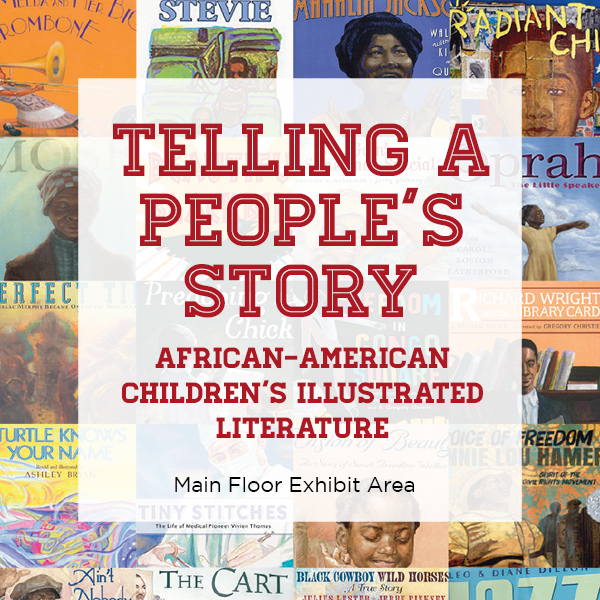